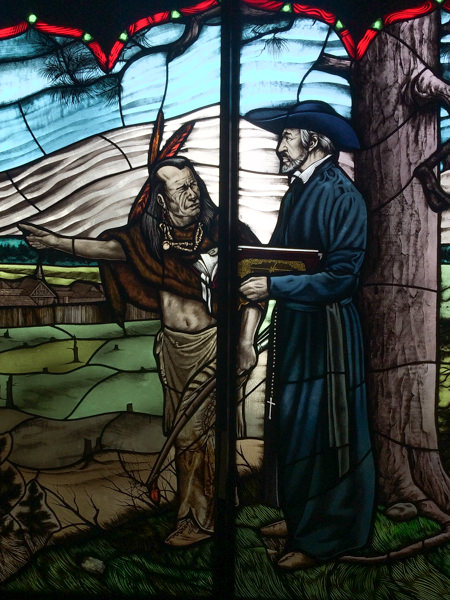 The Canadian Martyrs: Adventurers of Enthusiasm 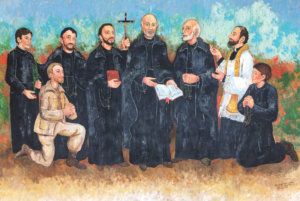 Finding joy where others do not

We can well imagine what it must have taken for the martyrs to arrive to New France.  Confined on a boat for four months, knowing all the cracks and details of the entire boat, the feeling of the gentle yet constant ocean breeze and hearing for the zillionth time the strong Atlantic waves. There was very little change in those four months. Then a cry was heard: “LAND HOE.” It was a shout of joy, a light of hope, a burst of happiness. Finally, they were going to preach the Gospel to the Natives of New Canada. As we know, only graces and virtues help us endure sufferings.  And definitely, one of the virtues that drove these men to endure so much was… enthusiasm!

The driving force through the arduous trials

From day one, the mission was not a walk-in-the park venture. Calamities, gossip and harsh treatment from the natives were recurrent and constant. There were times when all seemed to progress,  going well, and moments when sudden changes proved the opposite. The distances between missions and settlements were dangerous, long and tiresome, with a constant notion that at any given time martyrdom was in the horizon. After almost 25 years of evangelization, Saint Jean de Brebeuf was put on a stake to receive all kinds of hits and blows until death; the others suffered more or less the same fate.   “For two days now -Saint jean de Brebeuf writes in his spiritual diaries -I have experienced a great desire to be a martyr and to endure all the torments the martyrs suffered.” (1)  After an intense winter, rather than dampening his spirit, the events of Echon’s [the name the natives gave Jean de Brebeuf] winter sojourn only increased his already ardent zeal. (2) Undeniably,the Canadian Martyrs were filled with Holy enthusiasm and zeal. And precisely enthusiasm and zeal were the driving forces that gave them strength through these arduous trials.

Enthusiasm: A Fundamental Virtue for Sanctity

Like all virtues, Entusiasm is hard to practice, especially when difficulties, obstacles and opposition arise. Therefore, let us pray to these heroic Canadian Martyrs, to inspire and  help us to face all of our trials and tests.

GLA in the News, Preparing for the Gala Dinner
The Beauty of Christmas and the education of Child...
5 Ways to Prevent Summer Learning Loss in Your Kid...
Education and the Meaning of the Cross